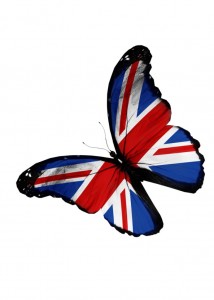 There is a beautifully written piece doing the rounds in South Africa, which was purportedly written by a Brit.  It addresses Jacob Zuma’s statement some weeks ago, that all the problems in South Africa started with the arrival of Jan van Riebeeck in 1652.   It goes on, tongue in cheek, to talk of all the invading countries the UK has had to contend with, from The Picts and The Scotts, through the Romans, Anglo-Saxons, Normans, and on through to the German origins of our Royal Family, then the influx of immigrants from all over the world.  It concludes that we are the richer for our wide cultural diversity.

I smiled when I read it, as it occurred to me that I’ve shifted my perspective in extraordinary ways in the past few months.

For many years, I hated being English. I would hide away in Europe among the locals, hoping not to bump into any of my fellow Brits abroad. When I was a school child, I used to pretend that I was Swiss. Anything but be labeled British, with it’s stiff upper lip and dull over tones. I had never been proud of my heritage, preferring to self-deprecate and ridicule. A nation of shop-keepers, football hooligans, dreadful food and terrible climate.

Last November, on ‘Bonfire Night’ (Guy Fawkes) I happened to be in London, where I watched the firework display at Crystal Palace.  My South African partner, Paul, asked if it was a real place.  He’d only heard of the football team.  I explained the story of the Crystal Palace, built in Hyde Park for The Great Exhibition of 1851, and subsequently moved to Sydenham, which we now call Crystal Palace.  I told of how it was tragically burned to the ground in 1936.  I was standing on that very spot.

The crowd gathered in their warm coats, scarves and hats, jostling for position as the announcement went out that the firework display would start soon.  The music boomed out.  The Dam Busters March. Land of Hope and Glory (Pomp and Circumstance).  Colonel Bogey.  The fireworks were magnificent, and I stood there, thinking of the Empire, Britain when it was Great, the colonies. I thought of cricket, rugby, the railways. I thought of roads, education and Rhodes. There is something about the British Spirit.  I came over all colonial for the first time in my life.  “How ironic that I should suddenly be impressed by British History now that I live in South Africa”, I thought.  My mind turned to the opening ceremony of the 2012 London Olympics as I recalled the legacy of this small grey isle.

Some months later, reading the open letter to Zuma about the invasion of Britain over the years and the multicultural diversity we now enjoy, I thought of Cool Britannia, of innovation, of English films and British actors, Brit Art, London Fringe Theatre, and the tolerance of our nation.  And then it hit me.  For the first time in my life, I was proud to be English.  Stepping away from the culture, the country, the climate, and from the standpoint of Cape Town, I am able at last to see the wood for the trees and appreciate my heritage.  This is huge.  It has taken me over 50 years to get to this point.

This was just one of three perspectives that have dramatically changed for me.   The second was my view on London, a city I have loved and adored since I was a small child. My father worked in the metropolis and my mother would take me up to town by train. We would shop in the large department stores in Oxford and Regent Streets, catch the red ‘Routemaster’ buses, and meet my father in the evening before attending a West End Show. I decided that I would live there as soon as I was able. I imagined a Georgian Town House, with steps leading up to a shiny front door.   Sadly I never lived in such a house, though I did work in one on Harley Street.  I lived and worked all over London in the 27 years that I lived there.

Visiting last month, I saw a city whose infrastructure is at breaking point. I saw cars choking the roads, trains packed to bursting point, tube stations closed for fear of people being pushed onto the line in the crush of humanity that lined the platforms.  I saw rush hour turn into ‘rush three hours’.  I saw dirt, grime, and a dramatic change in the demographics of different areas of London.  I saw tired faces, weary attitudes.

I still love it – the buzz, the energy, the enormity of the place.  But I know I could no longer live there. Give me the ocean, the mountains, the forests and the beach. Give me the sunshine, the wild wind and the fresh air.  Give me ‘Afrika’.  I’ll always love you, London.  I’ll always visit, but I cannot see myself living in your pressure cooker environment again.

Finally, I have always prided myself on being anti-Tory.  One must never talk of politics or religion, of course, so as a rule I don’t.  But on this occasion, I’m going to stick my head above the parapet.

When Margaret Thatcher came to power I was only eighteen.  I was naive and did not understand anything about politics.  I could see we were in a mess with the unions, and somehow Thatcher held out some sort of hope for people.  It was avant guard to even consider a woman as Prime Minister.  Her office started off with positive expectation… but in time it turned out to be a disaster.  Far from championing the rights of women, The Iron Lady turned out to be one of the men.  By the end of her iron rule, she’d managed to piss off just about everybody, including her cabinet.  A string of outrageous decisions on her part earned her the ire of many of the British Populace. The sinking of the Belgrano, Poll Tax, The Miner’s Strike and the North South Divide, are wounds which still bear scars.  No. I did not like Thatcher Thatcher Milk Snatcher one little bit…

…Until I watched “Iron Lady” with the accomplished Meryl Streep in the starring role.  Streep was so magnificent that I didn’t realise it was her until about ten minutes into the film.  For those who have not seen it, the story is examined through the eyes of the ageing ex premier as she battles dementia.  As she reflects on her past, through the vehicle of conversations with an hallucination of Dennis, who has already departed, the heart beneath the steel exterior is revealed.  We see her early motivations and intentions, her background, the demons she faced to become an MP.  In short, we see a human being. Misguided towards the end, certainly; misled, probably – but misanthropic, probably not. I felt warmth and compassion for the grocer’s daughter from Grantham as she struggled to make a difference.  She certainly left her mark on the landscape of British Politics.  Whether her legacy was good, bad or a bit of a curate’s egg, is a matter of perspective. 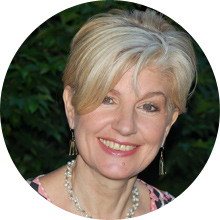