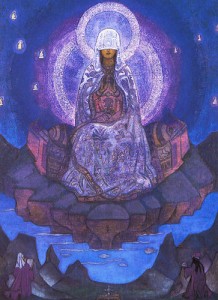 Thank you my Angel in London. 🙂 xx

So glad you were ministered yo by so many angels on your difficult journey home Bridget, but so sorry to hear you were so ill .It all sounds quite arduous and stressful,achieving this in so short a time. Ani Yahweh Rofekha Bridget. May you recover your health and strength with all the divine assistance. Look forward to seeing you well and strong again.

Hello Sweet Beautiful Soul –
I hope and trust that you are recovering from your “Grand Tour and Adventure” and wish you all the best
Funnily enough, talking about Angels, when we first met (remember how buzzed you were?) I said to me self – “here is an Angel on speed” I truly recognized this Divine quality in you instantly –
I love you and thank you for being in my life and all the joy and light you share.

Thank you Ruby – So lovely to have you in my life too. To me, you embody The Divine Mother – wisdom, power and compassion. 🙂 xx

Thank you for sharing. What an awful experience. It is hard enough being sick at home. Bless them all who helped you. I find that when I have been vulnerable people are so ready to help as they do not need to be in survival mode against me. You and I are quite distinct in our personalities and I suspect often people can feel intimidated.
So pleased to hear you made it almost intact. Glad you are better now. All the best for the blog and the book. Takes great perseverance to have written it and edited it. May the angels carry it on their wings to all who need to be bold

Hello Bridget , massive changes for you . yes we are creators , like it or not its true. Blessings and love from sussex.

we spoke briefly on the phone about courses you were running . strange how paths cross . from a meditation teacher, I am now owner of coffee shop in a busy lane near the sea.
Not sure how it all happened , but it did. still a bit shell shocked with the changes .