My partner teases me that I’m a ‘Soutie’ and I ask him what that means. “Soutpiel” he replies. It’s an Afrikaans word. I find out it’s rude. It means ‘salt penis’. “But I don’t have a penis,” I protest! “I’m a girlie, in case you hadn’t noticed…” 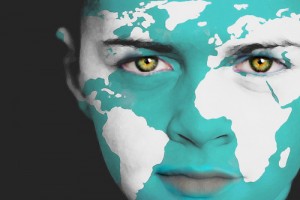 A Soutpiel for those who are in the dark, is a derogatory term for a South African with an English Heritage. He has one foot in each country, with his penis dangling in the ocean between. He’s not English and he’s not South African either. He can’t let go of either identity.

My partner has a point. I’m English and I live in South Africa. I wanted to let go of England and immerse myself here, but I can’t. Not fully. I was born on that small grey Island in the North and lived there for half a century. I spent almost thirty years in the dazzling metropolis of our Capital with its bloody history and cornucopia of eclectic places. London, as they say, is a collection of villages strung together to create an exciting city. My earliest memories were of being taken on the train to Waterloo, then catching the Bakerloo Line to Oxford Circus with my mother. I vowed to live in London as soon as I was old enough and I did. The City is overcrowded now. The infrastructure is at breaking point. Roads, trains, tubes, buses have reached capacity. Every hour is rush hour, unless it’s 3am in the suburbs. It chewed me up and spat me out… onto a beach on the Cape Peninsula.

I can’t go back now. Cape Town is raw and beautiful. It’s a clash of contrasts amid wild nature. It’s a small city with a great big mountain in the middle. Each neighbourhood has its unique personality. You can be anyone you want in Cape Town. You can do more or less anything you want. There is a certain disregard for rules which I love. Health and safety would have a seizure here. Variety. Food, great wine, music, people, weather. All four seasons in one day. Wind like you wouldn’t know. Hot penetrating sun. Biblical rain. Extremes. Sharks, Dolphins, Whales. Sports, dangerous and not so dangerous. Mountains, rivers, forests and long white beaches with fine sand and clear blue ocean. Freezing ocean. The pace of life is slower. There is a greater emphasis on leisure and enjoying oneself. Who wants to be slaving in an office when you could be lying on a beach, paragliding or sipping ‘sundowners’ somewhere trendy?

I miss my children terribly. Phone contact is not the same as a big hug. Following them on Facebook is not the same as watching them step into the world of work. I miss the thrill of London and the fact I know exactly where to buy anything unusual. I miss my friends and my old haunts. Every morning I check the weather app on my phone. Another sunny day in Cape Town. I check how the weather is doing in London.

You can take the girl out of England but you can’t take England out of the girl.