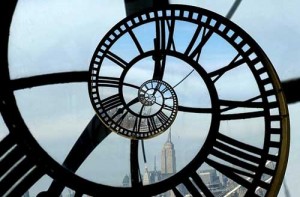 I’m not entirely sure where April went. I know I only slept a scant handful of nights in my own bed and the rest of the time, all structures with which I’m familiar, simply disappeared. Of course, there is a level at which I can explain, logically, each day of the month, accounting for it in terms of location and what I did.

But that is only one level. My ordinary life made only a brief appearance whilst I was transported somewhere else. My head was in a totally different space and my body had to surrender to the pace and simply let things be.

I didn’t facilitate my spiritual study groups in April. I didn’t catch up with friends over coffee. I didn’t walk in the foothills of table mountain, nor glimpse the Atlantic from Kloof Nek. I didn’t go food shopping at my local supermarket, nor cook breakfast nor wash up in my own kitchen. I barely meditated, managed just three sessions of yoga and danced only once. I read few pages of my book and wrote nothing. Television didn’t exist at all in April.

April seemed to come and go in a blur, all at once, yet at the same in slow motion. All of a sudden it is May, and yet April 1st seems eons ago. When I look at what I packed into the fourth month of this year, I see how long a month it was, whilst at the same time wondering how it whizzed by so quickly.

There have been times in my life when I have felt the hand of fate gently pushing me forward at a pace that was slightly too fast. There have been whole years where everything was a rush and all that could be done was to fire fight what had become both urgent and important.

April was nothing like that. April was smooth and luxurious, deep and meaningful. April was joyous and happy, punctuated by moments of sadness and poignant pauses. It was a celebration and a letting go. A movement and a rest.

Six days in England with my family was too short a time. It became concentrated so that I could squeeze the last drop of sweetness out of the experience. Two weeks in Swaziland, training intensively in the art and science of Alchemy, of intuition, of creative genius, was a journey as fraught with demons as any adventure one could conjure. Two weeks seemed too long to endure the relentless epiphanies and early morning game drives. Returning home with tick bite fever, my partner took to his bed while I frantically caught up a strew of urgent emails, messages, washing. Two febrile days later we made the decision to go to the desert, despite circumstances dictating we stay cozy and safe at home. We had just twelve hours to prepare for Afrika Burn – a Burning Man Festival in the Karoo region. Tent, sleeping arrangements, cooking equipment, bicycles, costumes, food, water, layers of clothes for the scorching daytime and the plummeting night chill: Everything we needed for three days in the middle of nowhere had to be gathered in one place. The car was packed. It was 4am. We hit the road, made it through 113 kilometres of sharp stony unmade track, and camped on the hard packed ground of the Tankwa Karoo. Twenty four hour music of all kinds, wooden art structures, installations, burns, themes, fancy dress, nothing for sale, no use for money, mutant vehicles, chaos, alcohol, no proper sense of time or day. A Purple Wedding. A unique experience…. and somewhere in the middle of it all, April ended.

And somewhere in the middle of April, I managed to watch the film ‘Intersteller’. Five minutes on one of the planets they were investigating was the equivalent of twenty three of our Earth Years. The protagonist returns to earth much the same age as when he left, only to visit his young daughter – now an elderly lady on her deathbed, surrounded by her children, grandchildren and great grand children. Time is not a fixed reality, but a subjective relativity, and I feel as if I glimpsed that during April.